“Give me a bike that does it all.” Sometimes owning a fleet of bicycles, each of which focusses on a single element of road cycling – aero, climbing, cobbles, etc. – just isn’t a sustainable option, especially if you are strapped for space to house multiple bikes. If this is this you then fear not, Specialized and Trek have come up with a way of streamlining your road cycling experience.

Say hello to the all-new Specialized Tarmac SL7 and the Trek Emonda SL7 – yes, they have the same name. That isn’t the only similarity either as both promise to combine aerodynamic and lightweight frame construction to create an all-round ride that is perfect for the world’s best. So, whether it’s Lizzie Deignan and Sam Bennett outsprinting the pack or Vincenzo Nibali and Christine Majerus attacking in the mountains, they can pick one bike that does both. In this article, we look at both ranges, their specs and how they compare.

5 things you need to know

The all-new Tarmac was hotly anticipated on social media and immediately created quite the buzz on release day. At its heart, Specialized have created a bike that is as capable in the mountain as it is on the flat. A perfect compromise between speed and weight, Cyclist magazine even suggested that it might be time to wave goodbye to the sprint oriented Venge.

The frame is constructed from Specialized’s highest grade Fact 12r carbon and they claim it only weighs 800 grams. They’ve also put a lot of thought into tube sizing and overall bike geometry so that there’s no variation in performance according to size. On the subject of geometry, both manufacturers no longer release gender specific models, explaining that variations between gender don’t require different geometries, just a different setup – a big step forward. Completing its lightweight, aero USP is the new Aerofly 2 handlebar and stem which were rigorously redesigned and tested in a wind tunnel.

It fits nicely between their aero Venge range and race ready S-Works Tarmac SL6. It’s basically the Julian Alaphilippe of bicycles, with a taste of Peter Sagan thrown in. 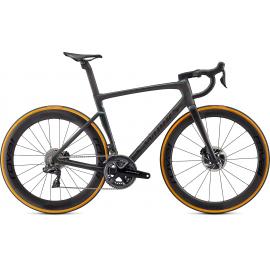 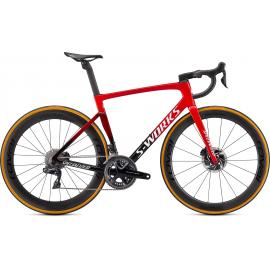 The Emonda is Trek’s range of lightweight climbing bikes, but with the new SL7, they’ve created a true all-rounder. Although they have pinched some of the traits from the Emonda’s siblings, the Domane and Madone, it’s still the lightest of the bunch.

The big push for this model was to make it more aero so that the Trek-Segafredo men’s and women’s teams could race on the lightest bike possible. There is a redesign of the geometry and improved tyre clearance, as well as making more basic aero gains, e.g. internally routed cables. The frame is made of a new carbon which weighs in at 700 grams, a 60g saving compared to the previous model. The full racing package is topped off with disc brakes and a new wheelset. As a result, it sits midway between the old Emonda and Madone range.

Like the majority of the Trek models, you can personally customise the Emonda with a snazzy paint job thanks to Project One. Expect to see Trek riders putting the hammer down with the new Emonda in the mountains of this year’s Grand Tours. 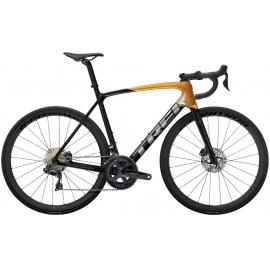 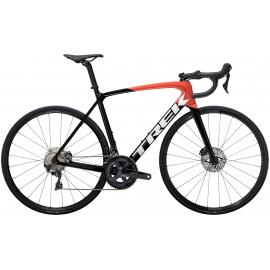 As you’ve seen, there are a few similarities between these two all-rounders. In terms of the gearing, both are very similar and of course they’re both carbon framed, hydraulic disc brake ready bikes – two elements that riders have come to expect on any top draw performance road bike.

Specialized and Trek have both tweaked their frame geometries to make weight and aero adjustments. The top-level S-Works Tarmac is said to come in at 6.8kg and its Trek counterpart weighs a fraction more, coming in at 7.18kg. These are the lightest of the light. 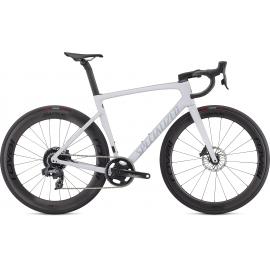 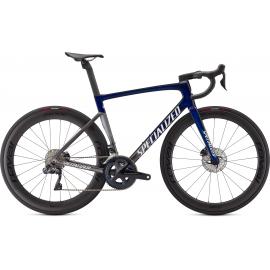 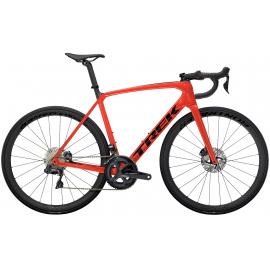 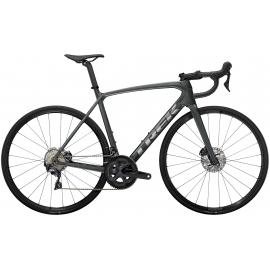 No matter what bike you choose, there’s no doubt that you’ll be flying in no time with either of these super lightweight yet aerodynamic bikes. Come down to your local JeJames Cycles store and see them for yourself. Bear in mind that we are running slightly different procedures in our stores at the moment – you can find details on our current operations here. 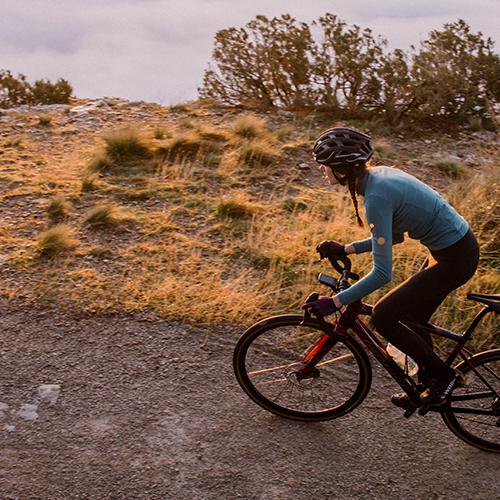 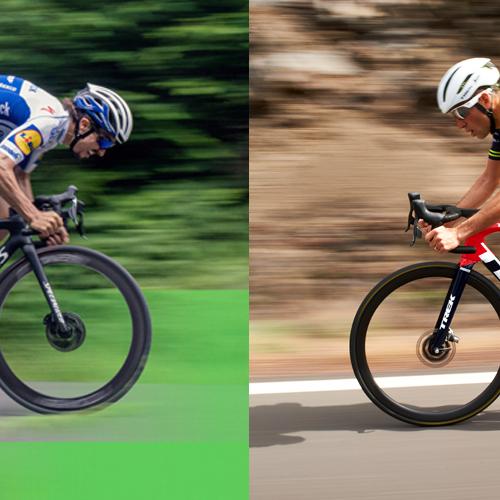 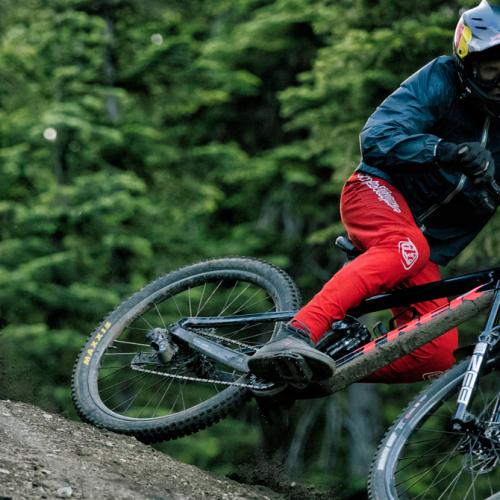 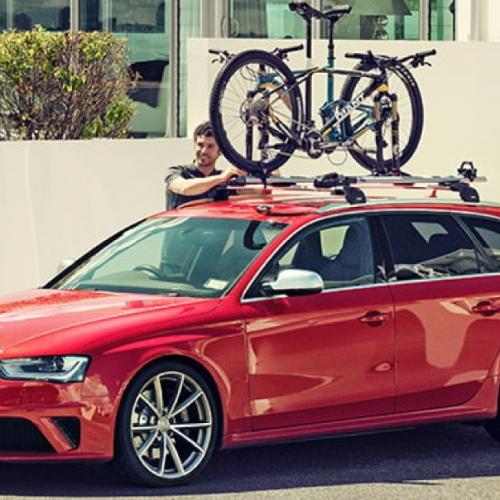 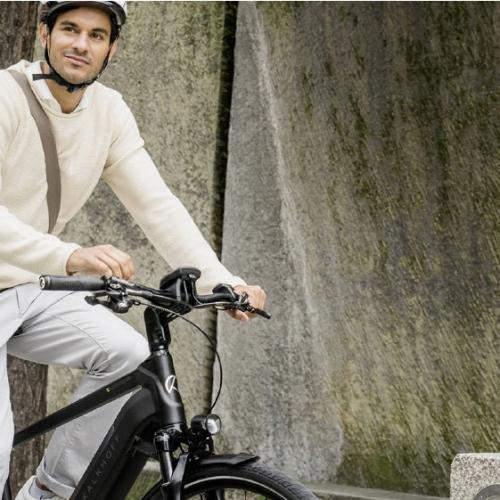 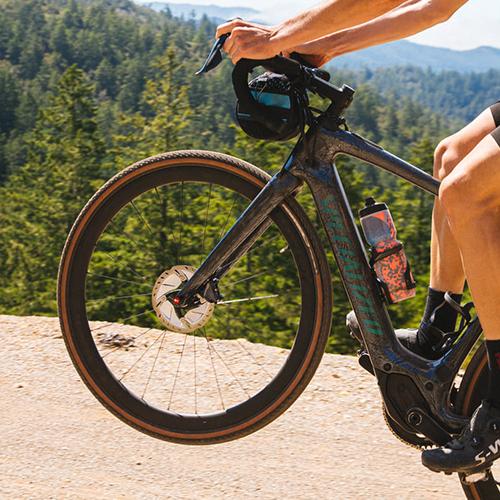 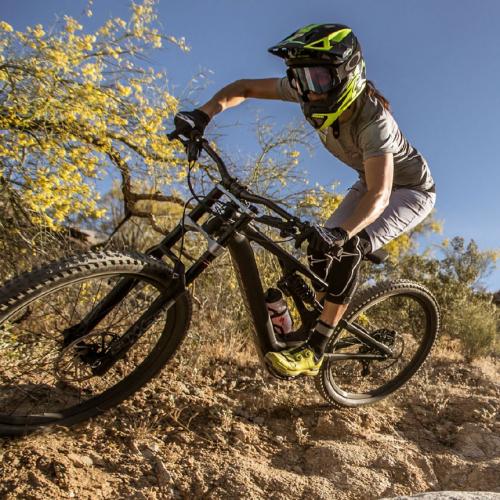 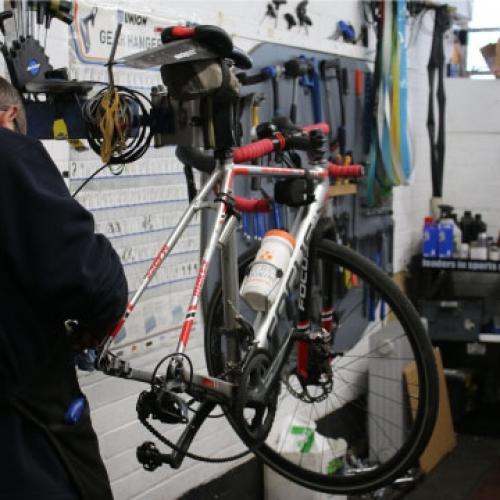